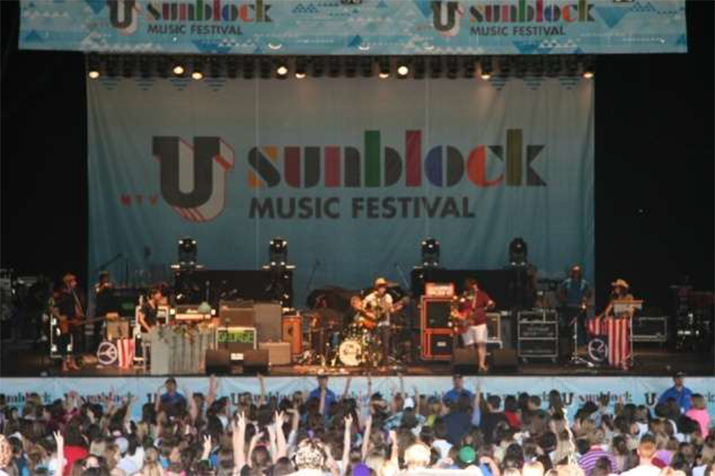 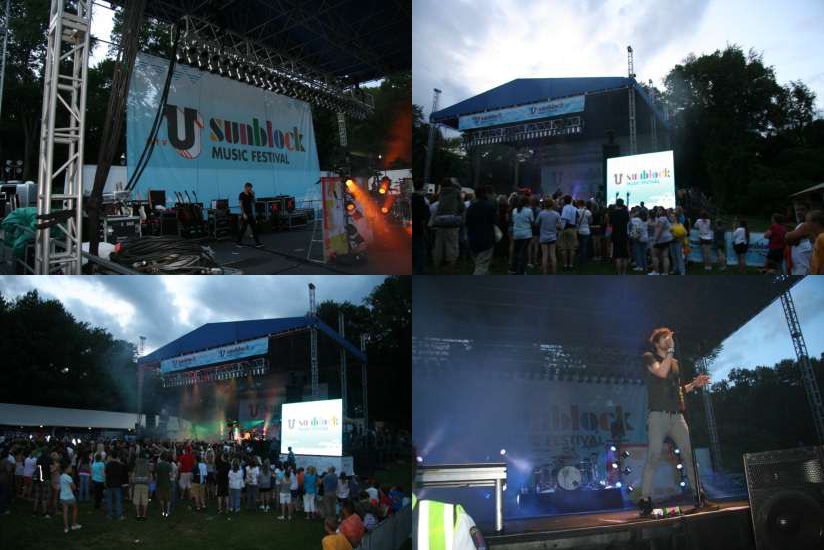 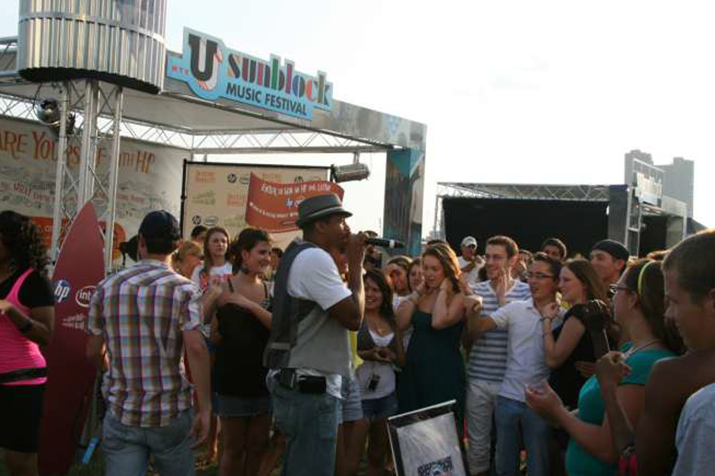 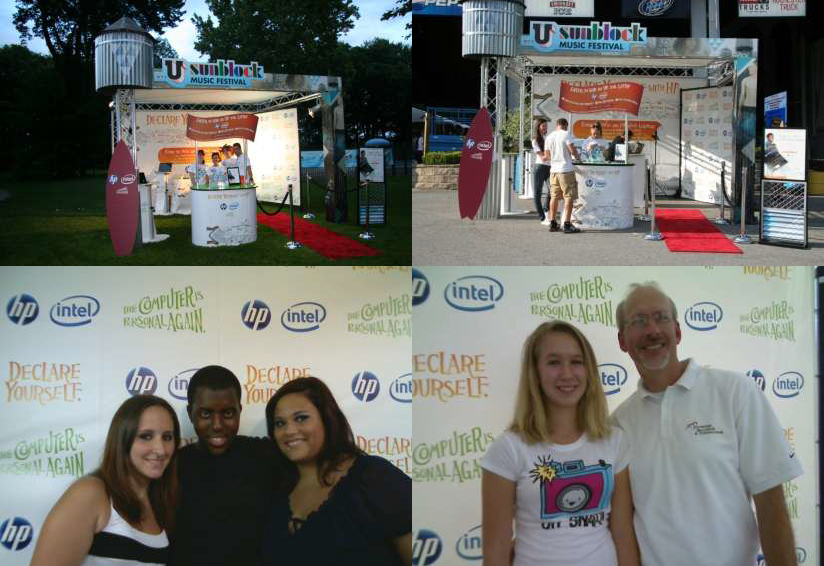 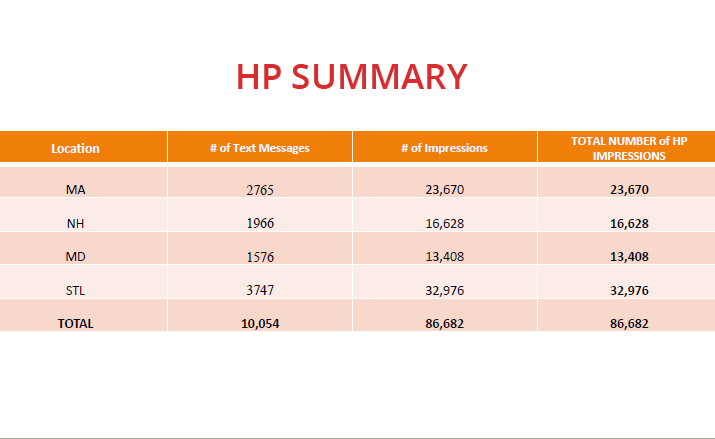 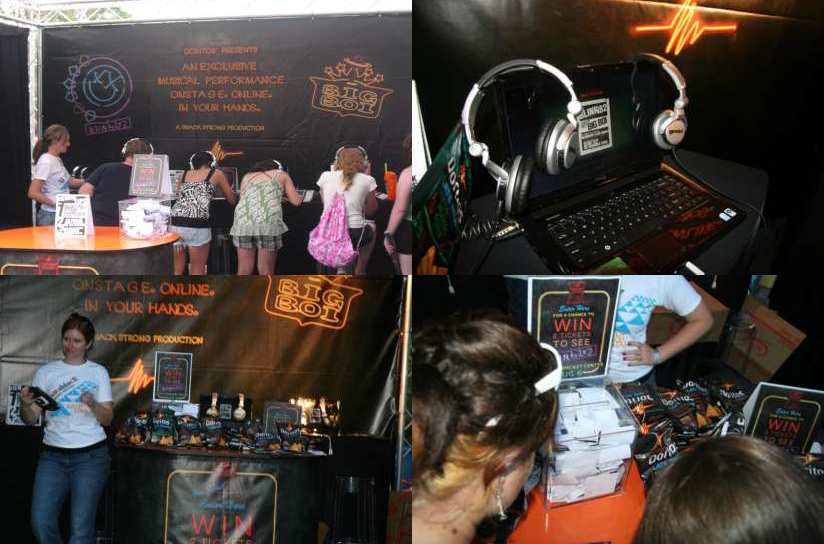 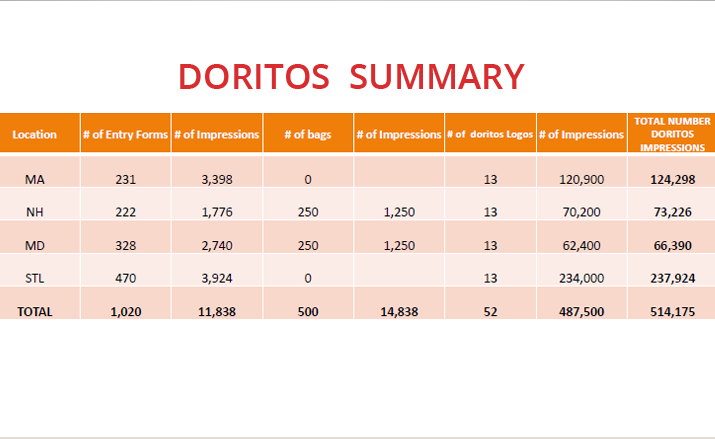 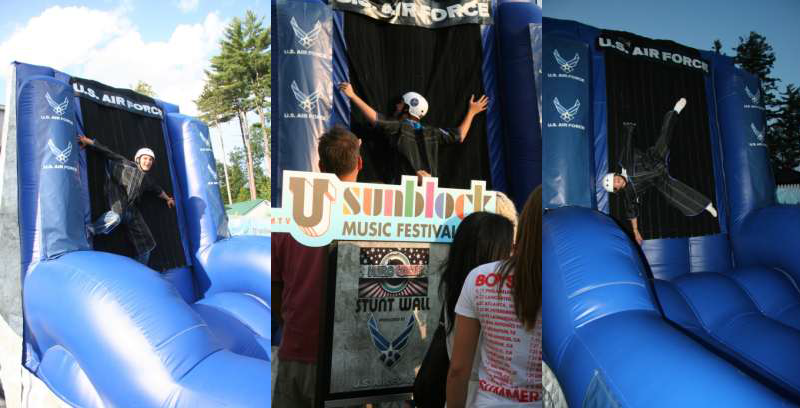 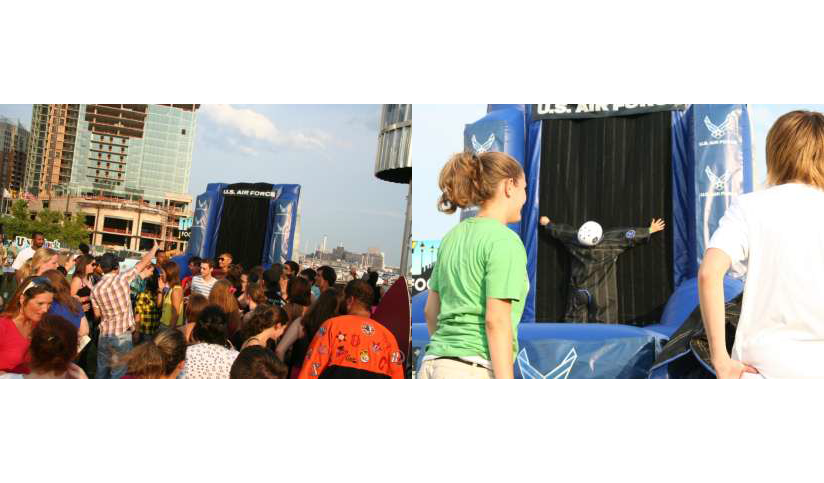 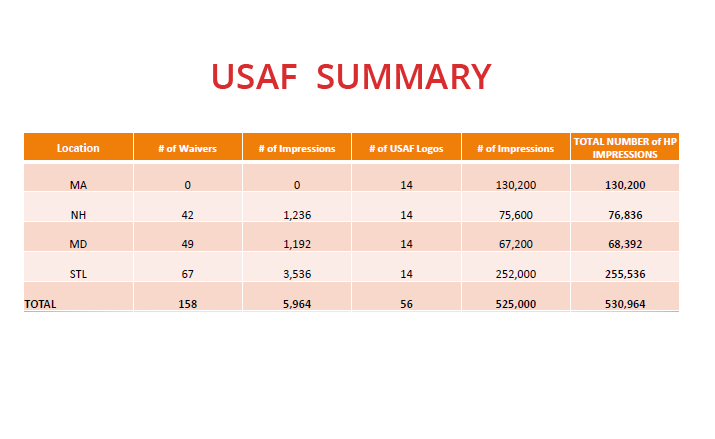 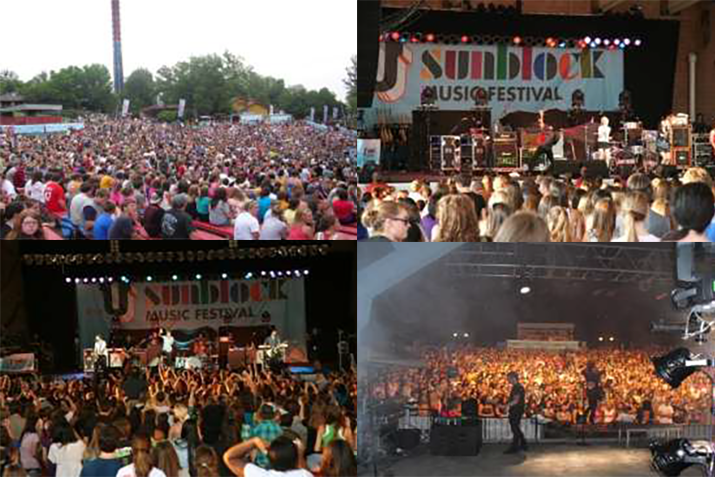 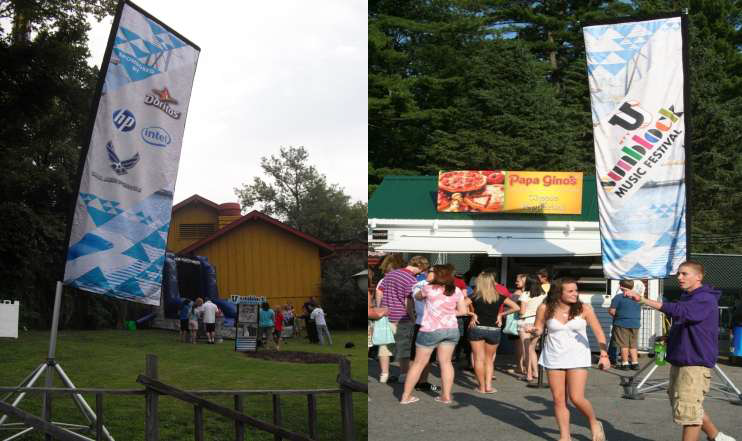 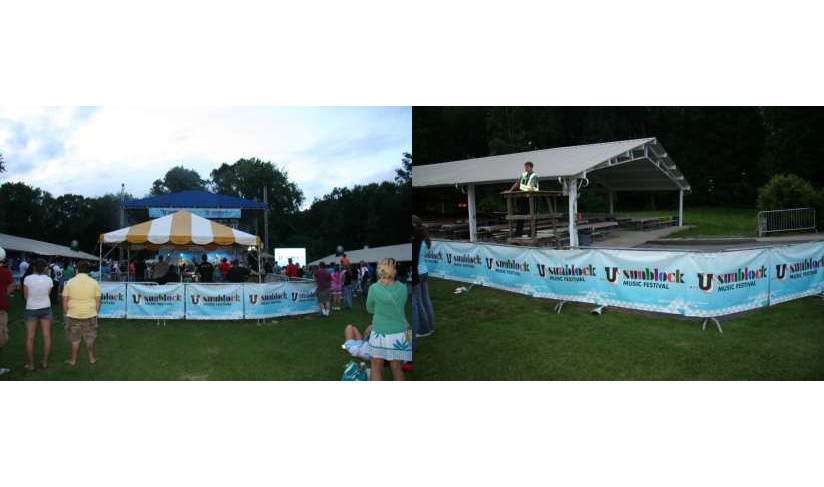 The MTVu Sunblock tour was hosted by the dynamic duo of SUNNIE DAE and DJ LEGACY. Backed by Legacy’s spinning and scratching, Sunnie Dae held the crowd excited and amped between artists’ sets with a blend of singing, dancing, rapping, shout outs and general craziness. Sunnie and Legacy got down with the audience and led the crowd in frequent shout-outs to tour sponsors. SUNNIE DAE amped the crowd throughout the show by involving them in the HP text-2-screen Declaration opportunity, and announced the time where we would be drawing a winner! In addition to often making mention of each sponsor, SUNNIE DAE actually took the crowd with him to the HP Red Carpet area in the village for pictures with his fans, as well as to the Doritos pavilion in The Village where he worked hand-and-hand with our promotional staff to showcase the virtual concerts and distribute Samples! The concert consisted of sponsors such as HP, Doritos, US Airforce.

At The HP Pavilion in the Village, kids ages 16 and up along with parents as well were all able to participate in a Red Carpet Photo Session and receive a printed out picture with their own declaration to take home with them. While at the HP area people were able to view the newest in technology and product-line availability from HP with items. During each event there was a live LED display viewable at the stage using a text-2-screen‟ program where people were able to register by submitting their name, city, and declaration to 52257 in order to have a chance to win a brand new complimentary HP laptop on-site! We had winners for each location which included a young single mom who was going back to school, a young woman who was planning on vacationing and planned to use the laptop while traveling, and two young male students who were both previous HP PC users and were very excited!

Doritos tapped into the latest in optical technology by providing a virtual concert selection of either Blink 182 or Big Boi of Outkast, in order to promote their upcoming concerts. Everyone who viewed the virtual concert was given the opportunity to register to win a pair of concerts to see the performers live in the same city while on tour!

The United States Air force teamed up with MTV‟s own Nitro Circus to provide an inflatable Velcro all where each participant over the age of 18 or with their guardian‟s consent was suited in a Velcro outfit and safety helmet and given the opportunity to see how much air they were able to get, in jumping and safely reaching a Velcro wall. Our staff then assisted the participants down from the wall, and safely removed the Velcro suit bringing them down from the inflatable area. 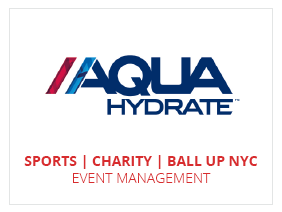 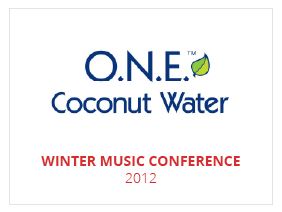